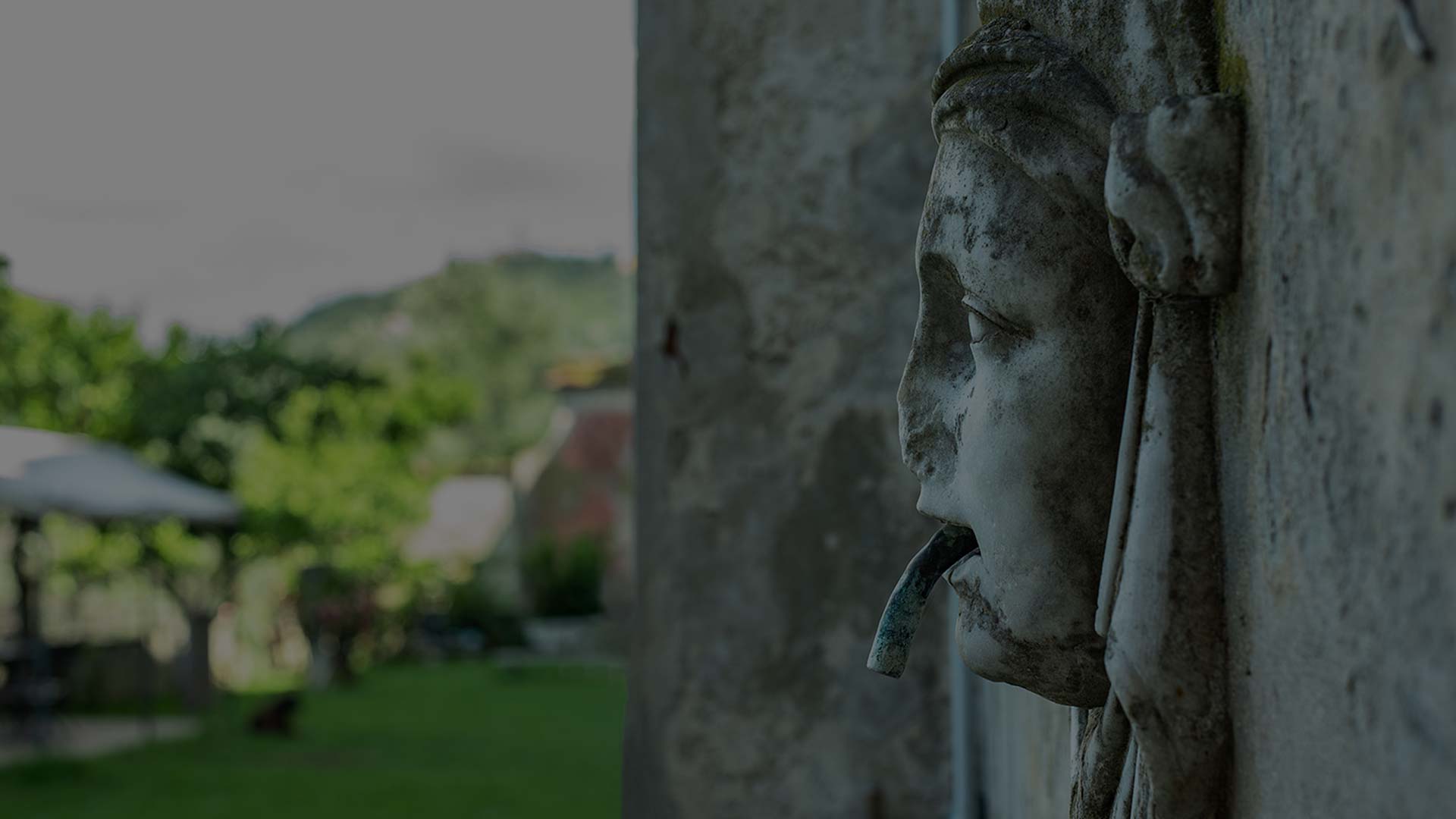 Historical Villa of the 17th Century, a place of serenity and peace of mind 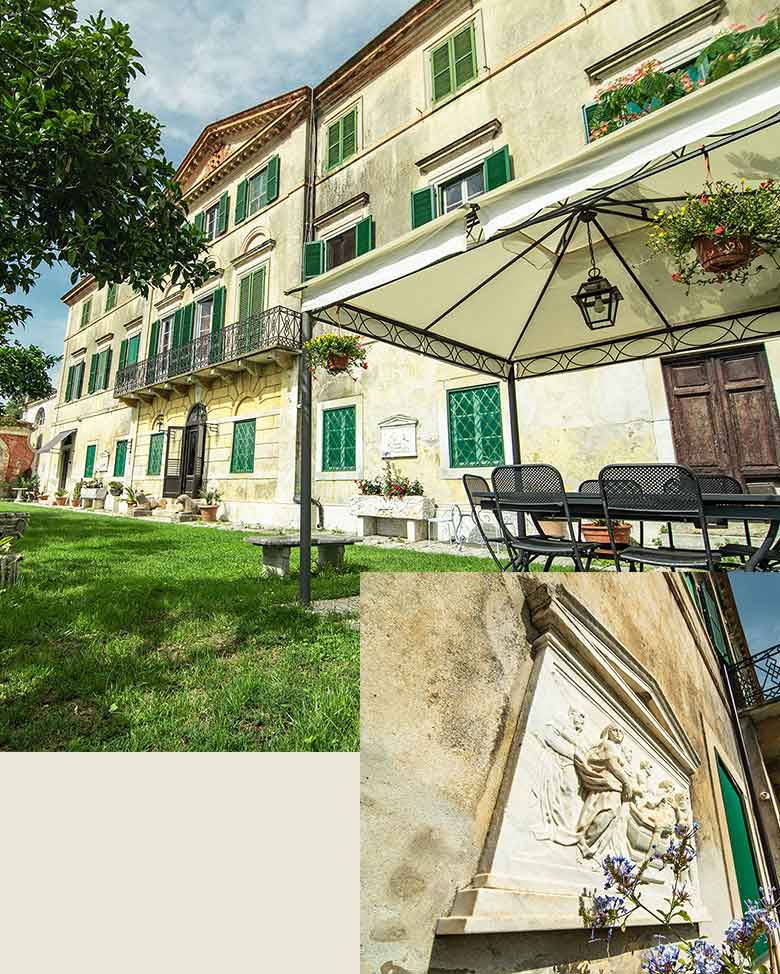 The renovation of the historyc Villa Cavallini represents the outcome of an intense research and study by Dr. Giorgio Santoro Cayro, known as Giorgino, beloved cousin of the current owners Alessandro and Isabella Cavallini.

The essential document to trace the origins of the villa is represented by a marble slab fixed on the external wall of the villa, near the main entrance and engraved with the verses of a poem in Latin. The translated poem reads as follows: "This house, noteworthy for its position not for its grandeur, which promises peace to the boring gentleman, the world also invites you as a foreign guest to the vast expanse of sea and sky. Here loneliness without boredom, rest not without occupation the scrub of olive and lemon trees that you can see is of uniform color in the leaves and in the fruit ensures the perennial spring and autumn of a small hanging garden and does not lack in the extraordinary fertility campaign and the stone itself is rich in silver. Do not believe it, however, the place of joy, it is the child of pain. The fragrant offshoot irrigated by tears grew earlier than from the source. Maria Francesca Mansi, soon torn away from the harsh fate followed by the end of her children and pains. She herself had chosen this place for her entertainment. Carlo Orsucci erected this monument of love and sadness in the year of regained health I694. I wish a happier elixium to the soul of the much desired bride and to posterity a better fate”.
Read all story

Historical 17th century Villa, recently renovated and refurnished with all the best comforts.

Surrounded by the amazing Tuscan hills, great place for hiking and mountain-biking.

On the death of her grandmother Maria Piquet, in 1988, the property inherited the three brothers Giuliana, Oretta and Giorgio, who died in 2009 a few months later.Alessandro and Isabella Cavallini, (Giorgio's kids) with the support of his mother Annalisa, resolved arduous difficulties consequent to the various hereditary successions, in July 2017, having taken over the ownership of the villa and the surrounding agricultural lands, they started the agricultural activity by arranging the olive grove and starting new crops including fruit and vegetable production.The dream of the current owners is to ensure the estate still many years of prosperity and history, in the hope of offering all guests moments of serenity, joy and light-heartedness. 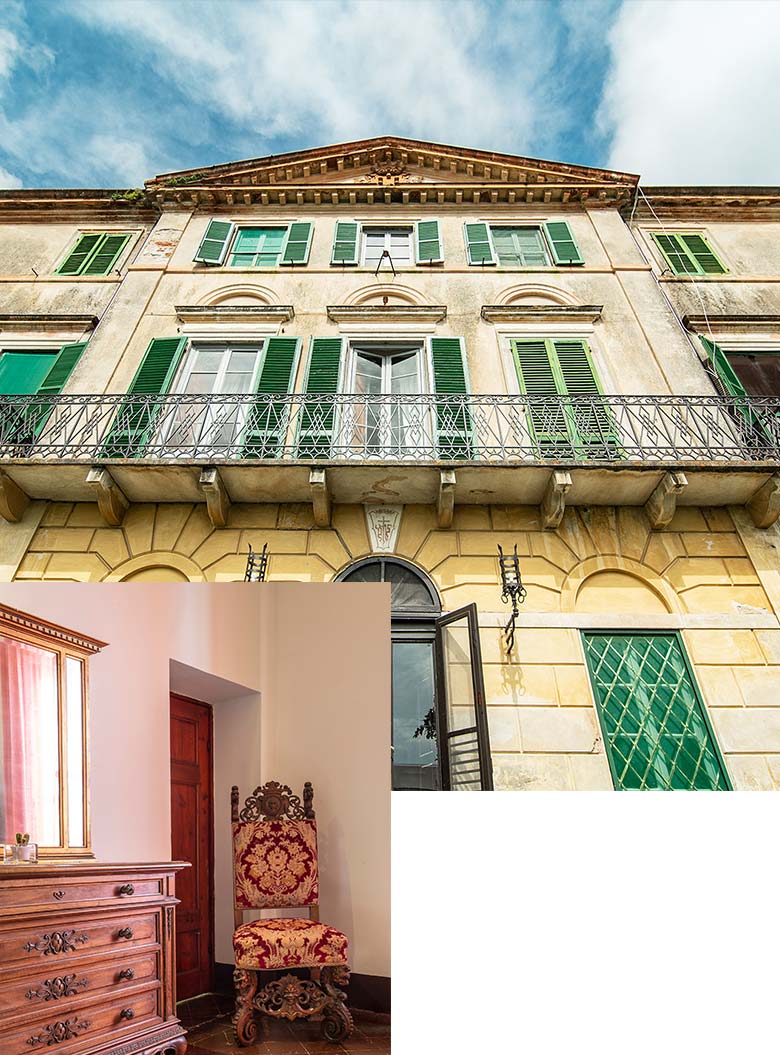